The Physical Cost of Being Cured of Stomach Cancer 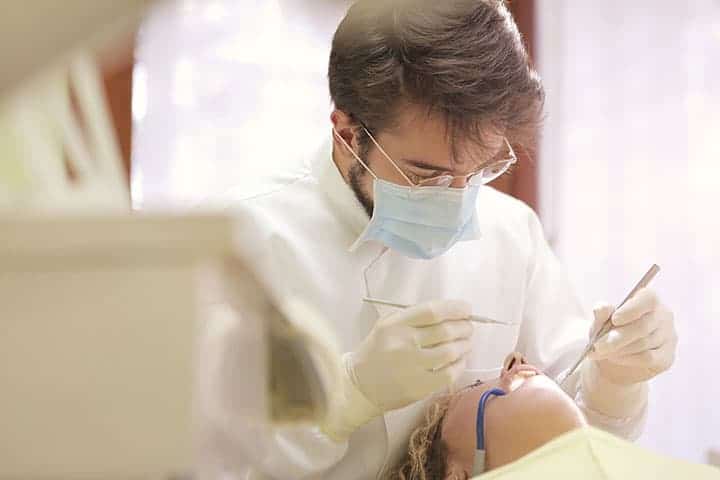 I thought it’s time to update on my dad. I’ve been asking for good thoughts, positive energy and prayers sent my dad’s way but I’ve not been so forthcoming on what is going on. As most of you already know, my dad is considered clinically “cured” from advanced stomach cancer. However, for many of us, using the c-word is extremely uncomfortable as things could change in 2 seconds.  I am beyond grateful that he has beaten the odds so far, but I’m scared. The good news is that today, he remains No Evidence of Disease (NED)—but the bad news is that my role as a caregiver is far from over.  My dad has lost the function of his esophagus and is now 96 lbs.

In 2013, my dad was told he had advanced stomach cancer and had months to live. Thankfully, he didn’t believe them and he prepared to face this monster head-on. He had a total stomach removal, 6 cycles of chemotherapy, and

5 weeks of daily radiation. In addition, it was discovered that he was HER2+, and he did a year of targeted therapy through his power port.

My dad suffered a lot of toxicity during his treatment. The total gastrectomy had made it hard for him to properly balance his B12, calcium, and iron as those nutrients are digested in the stomach.  He also had dumping syndrome in the first year. The chemotherapy caused neuropathy and other blood toxicities. The radiation caused pancreas damage and he will always need pancreatic enzymes for the rest of his life.  Despite all this, we are so thankful and blessed for our good fortune.

The Physical Cost of Being Cured of Stomach Cancer

Recently, my dad has had a lot of food being “stuck” incidents which looks like chocking. He also lost weight. In early August, his surgeon recommended a shallow test, which my dad failed. A shallow test is a series of x-rays of three different liquid textures going down the esophagus into the small intestines. My dad failed the last liquid texture, and the radiologist was super nervous that the liquid could aspire to the lungs. It was extremely frightening. The surgeon looked through these images and he thought it looked like weird scar tissue from the 5 weeks of radiation my dad had back in 2014. So, a couple weeks later in the hospital, my dad had his interventional GI doctor go in through endoscopy and use a balloon to dilate his esophagus. Based on the swallow test, the doctor allocated 2 hours for this procedure. They were also prepared to remove the blockage if it was a recurrence. However, when the GI doctor went in there, he was surprised how open his esophagus was.  He was perplexed but still looked for areas that had scar tissue build up. He was able to dilate one area that had some scar tissue by 2 mm. He also noticed my dad’s saliva was moving up the esophagus instead of down.

So, here we are.  My dad is rapidly losing weight and we have no idea what is going on. We went to see a motility expert in digestive diseases and we got bad news.

There might not be a fix for my dad’s esophagus. The doctor was very thorough reviewing his entire history and also believes my dad could be experiencing side effects from Reglan, a medication he took during his oncological treatment. It has a black box warning label. In medical terms, they believe my dad has tardive dyskinesia and Dysphagia.

In the next few weeks, my dad will:

It’s been an insane couple of weeks putting his new medical team together—getting pre-authorizations, orders, and scheduling.  Babysitting his orders… refreshing… waiting for them to get approved. Figuring out how this feeding tube thingy works!! I feel so desperate. It’s like watching my dad deteriorate right in front of my eyes again–  and I can’t seem to get out of this nightmare. We basically spent my son’s summer break at the hospital. Once again, I am so thankful that I have the ability and the resources to do this but I often worry about my friends, who are following my dad’s footsteps. We not only need a cure for this beast but we need better survivorship tools for everyone– especially for the younger generation. As most of you know, I founded Hope for Stomach Cancer for exactly this reason—to pay it forward and provide better! Please join me in Hope for Stomach Cancer! We need to demand better!

So, I’ve fallen behind on my full-time volunteer gig at Hope for Stomach Cancer which is creating a lot of stress. I have two very exciting projects coming: Hope-In-A-Bag and the 2nd Annual Symposium. I’ll be making announcements soon on Hope-In-A-Bag, stay tuned! The symposium is coming up quickly on Nov 2. This year the title is Transforming Stomach Cancer: Innovative Therapies and Positive Outcomes! The pressure is on and if you have a moment, I could use your help! I am still $8,000 short of my overall budget goal. Normally, I would pitch the local community businesses for sponsorship, but I’m so behind, understandably. If you know of any businesses that would like to sponsor, please email me at [email protected]. This symposium is so important to the patients and caregivers! It also bridges the gap between patients, caregivers, and medical communities! Second, if you have social media or willing to distribute flyers locally here in Los Angeles at different oncology offices, I could sure use your help to spread the word.  Anything you can do to help… Also– if you are affected by stomach cancer; don’t forget to Register, register, register! The more people who sign-up, the better!!  Let’s exceed the quota!!

Other ways to help: 1) Sign-up to volunteer on the event day or join the very small planning committee. 2) Donate. Every single dollar helps! I know it’s a cliché but it’s so true. Your dollars will support programs for patients and caregivers, help build better outreach tools, and literally save lives. As most of you know already, fundraising is so unbelievably difficult for me, so seriously Thank You in advance!!