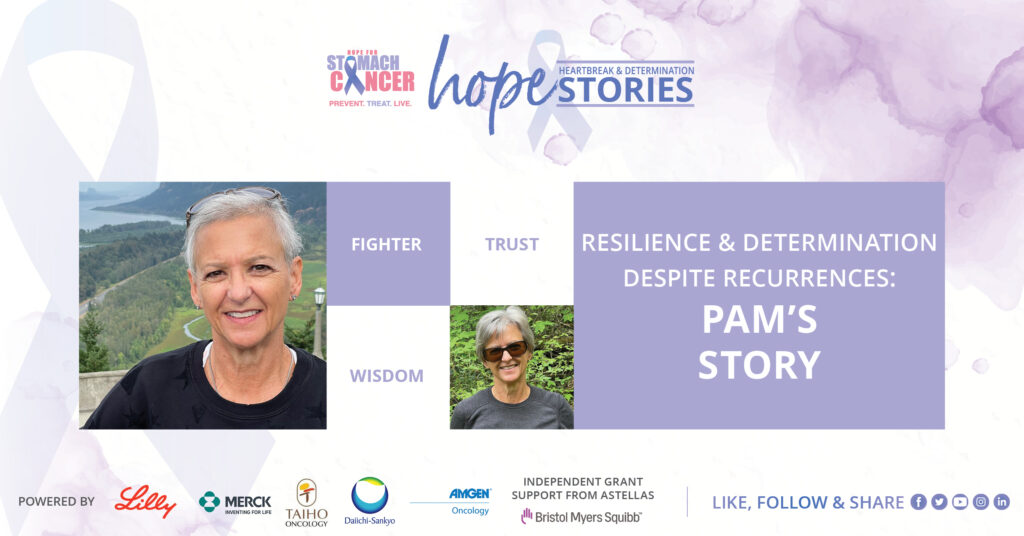 Pam Hall is a stomach cancer survivor who has maintained hope despite multiple recurrences. This is her story of determination and positivity. 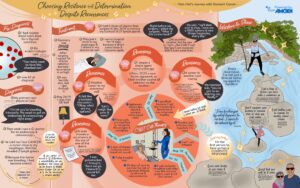 Before My Stomach Cancer Diagnosis

Prior to my diagnosis, I had routine bloodwork done for a thyroid condition. I was 62 at the time, and my endocrinologist was concerned about my results. They advised that I should meet with another doctor to get some clarification. I contacted my primary care doctor, who immediately ordered an endoscopy and colonoscopy – he was convinced that I was bleeding internally. 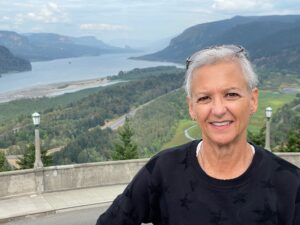 I saw a GI doctor that same week for those procedures and learned on the spot that I had stomach cancer. Of course, I was shocked by the news. He explained that I had tumors close to my esophagus and lymph nodes and that I was anemic due to the excessive bleeding. Of course, I would need treatment right away.

Coincidentally, we’d moved to St. Petersburg four years ago and I had a neighbor whose best friend sat on the board at the Moffit Cancer Center. With her help, I quickly secured appointments with an oncologist and surgeon.

My treatments began in November 2018, and the process was absolutely brutal. I had six rounds of chemotherapy and then surgery in January 2019 to remove my stomach along with 27 lymph nodes. Recovery was rough – they put a stent in the esophagus along with two drains in my abdominal wall. Further, I ended up stuck in the hospital for 19 days because of a loose stitch that turned septic.

Somehow, I pulled through these setbacks and decided to move forward with radiation therapy since stomach cancer can come back even after surgery. Attacking the cancer on all fronts seemed to do the trick, and on May 24, 2019, I rang the bell after getting my NED (no evidence of disease).

A String of Stomach Cancer Recurrences

Sadly, my celebration did not last long. In July 2019, a scan revealed a recurrence at one of the drain sites. I was astounded; I could not believe that I’d be fighting this again so soon after getting my NED. They put me on chemo drugs that I took through March 2020.

In April 2020, they found a new tumor on my abdominal wall. After radiation, the tumor appeared to be gone, but I still had some tough decisions to make. Clearly, my stomach cancer was extremely aggressive – I’d already had two scares in a matter of months. And if wasn’t done yet – in November 2020 I had another recurrence when a new lesion appeared. I began taking an immunotherapy drug when this occurred along with radiation therapy.

We kept the cancer at bay for a while, but in November of 2021, I had yet another recurrence. This time, a new tumor formed, and I was blown away by having to face treatment yet again. At this point, I had to have a three-agent chemo every few weeks and I dropped to 94 pounds. Now, I knew I had to explore other treatment options because the generalized approach was only doing so much for my stomach cancer. 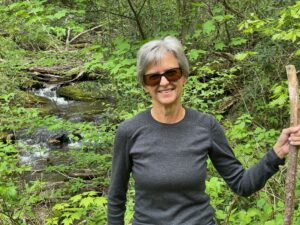 Prior to my gastrectomy, I remember asking the doctor what we would do if the surgery wasn’t enough to stop the cancer. He reassured me that I shouldn’t worry and said that countless new treatments emerge every year. I remember thinking he sounded cavalier, but in the end, he was right. CAR-T cell therapy – a treatment I pursued that ended up being highly effective – didn’t even exist when I first got my stomach cancer diagnosis.

Moffit was holding a trial for this therapy, and I qualified because I had the Claudin 18.2 biomarker and I was in good physical shape. So, I began the process in April 2022. First, they did apheresis, a process that filters out white blood cells from the blood. They “train” these cells to recognize the antigen, build them up, and then infuse them back into your bloodstream. The process takes time since the cells have to “learn” their new responsibility.

By May of 2022, I had two tumors that we wanted to eradicate with the CAT-T treatments. I had to do three days of chemotherapy to reduce my white blood cell count (in preparation for receiving the new cells), stay in the hospital for seven days, and have 30 days of ongoing monitoring to watch for any complications that can happen after the intensive chemo treatments.

Finally, I had the infusion of the newly-trained cells. By July 2022, I had one tumor left, and in August, there were no more tumors. I was elated!

I’ve had many ups and downs on this journey so far. For anyone facing a recurrence, it’s quite scary – but each recurrence left me more capable and confident about handling future challenges.

No matter where you are with stomach cancer, I recommend finding an excellent team of clinicians that you can rely upon. They are critical to your fight, and they’ll come to understand your body’s abilities and limits very well. Further, I’d say that it’s important to find healthy ways to cope with the anxiety that cancer introduces into your life. For me, that’s journaling, meditation, and yoga. Finally, I’d advise others to not compare their stomach cancer journey to stories they hear about others. It’s such an individualized condition that there’s no way to draw conclusions based on someone else’s experience. Rely on your support team and keep your head up!