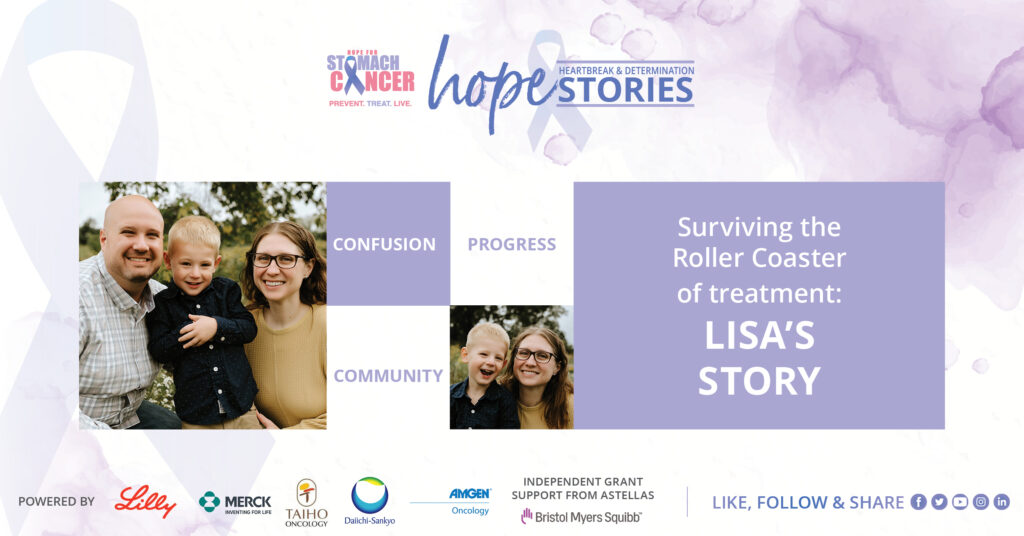 Lisa Bartoszewicz received her stomach cancer diagnosis at age 35. As a young mother, she’s faced a roller coaster of emotions since her journey began in 2020. This is her story of perseverance and strength. 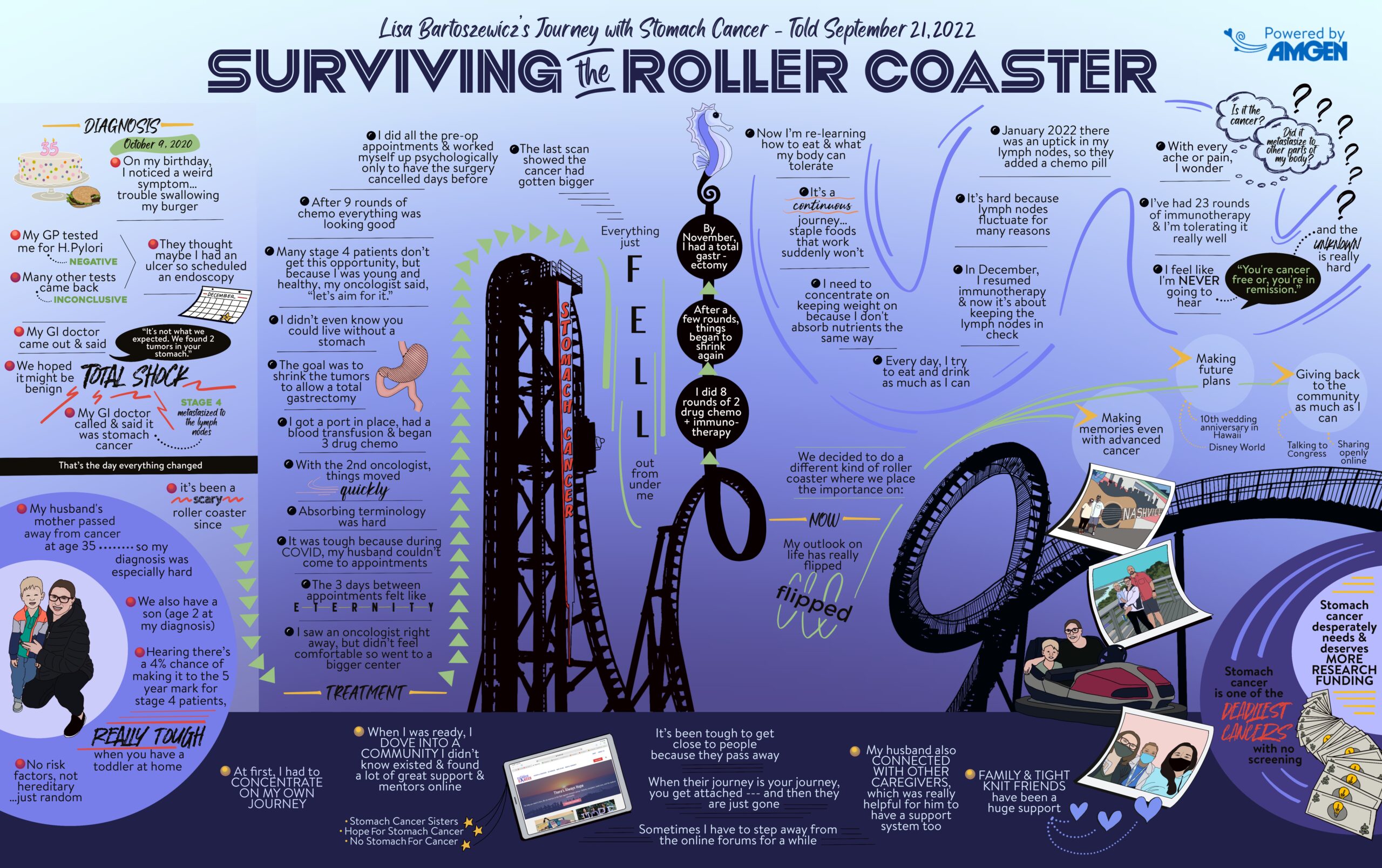 Q: Thanks so much for sharing your story with us, Lisa. Can you please take us back to the beginning when you received your stomach cancer diagnosis?

A: I first noticed that something was off on October 9th, 2020 – my 35th birthday. I was eating burgers with some friends and having trouble swallowing. It immediately struck me as abnormal, so I scheduled an appointment with my GP to investigate.

I was quickly tested for h.Pylori and I came back negative. We did a bunch of other tests from October into December of that year, and the results were mostly inconclusive. The doctor ordered a swallow study as well as an endoscopy since they assumed I had an ulcer. I had my endoscopy procedure done on New Year’s Eve that year. 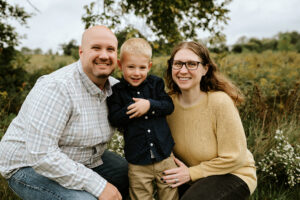 I knew that I needed to see an oncologist right away, and I wanted to go to a larger facility for my treatment. In the beginning, we’d go several days between appointments and each wait felt like an eternity. Thankfully, when I moved to the new facility, the process moved much faster. They placed my port, continued running tests, and gave me a blood transfusion before starting chemo. I also learned that my cancer was at stage four. Naturally, this was terrifying news – especially as the mother of a very young child.

Q: It makes sense that you were frightened by your advanced stomach cancer diagnosis. What did doctors prescribe as your treatment?

A: The cancer had metastasized to my lymph nodes, but it wasn’t in any other organs – which was great news. My treatment plan involved chemotherapy with the goal of a total gastrectomy. My doctor felt that I was a good candidate for this approach since I was young and healthy.

I managed the initial chemotherapy treatments well and my scans were looking good – the tumors were shrinking, I was progressing toward having a total gastrectomy, and I had hope for the future. However, my fortunes were about to take a turn for the worse.

I felt fearful heading into my total gastrectomy. Truthfully, I didn’t even know it was possible to live without a stomach prior to getting my stomach cancer diagnosis. I attended all of my appointments without fail, followed all of the steps I needed to take, and listened carefully to my oncologist’s suggestions and findings. So, although I was nervous, I felt as prepared as I could be for the procedure.

The oncologist ordered one more scan before the gastrectomy to ensure that we were good to go. The appointment took place on a Thursday, and my surgery was scheduled for the following Tuesday. That same day, he called me to say that the cancer was spreading and that they were canceling my surgery. I felt like the bottom had fallen out from beneath me – it was terrible news.

Trying Another Approach to Treating My Stomach Cancer

The procedure went well and I spent a week in the hospital recovering. This was tough for me since this was the longest amount of time I’d spent away from my four-year-old son, who was three at the time.

So, this journey has truly been a roller coaster. I went from thinking I wouldn’t be a candidate for this life-altering surgery to getting the procedure I needed within the span of a year. 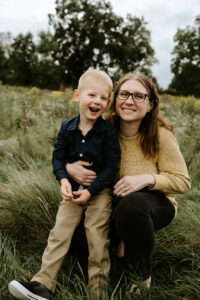 Life After the Gastrectomy

After the surgery, they put me back on immunotherapy. I felt like I had to relearn how to eat, and it’s taken a lot of time to understand what foods and drinks I can handle. It’s been tough to keep weight on. I try to eat and drink as much as I can, but I have to consume things in moderation. We have to continually monitor my lymph nodes and I’m still doing treatments to this day. This past January, I started taking a chemo pill as well. I would describe my current status as stable – I’m starting to make long-term plans again and thinking more about my future.

My husband and I took a trip to Nashville earlier this year, and it was nice to throw myself into planning that and making it the best possible experience. We were on the go the whole time, and it was my first trip since having my total gastrectomy so I was nervous. However, I was happy to discover that I could eat a lot of the foods I was interested in, in smaller quantities, of course. We also traveled to Ohio to visit family and visited a water park. We’re doing more than most people would when facing advanced stomach cancer, but I want to maximize every moment. Now, I’m thinking about the special moments and memories that I want to have with my son as he grows older.

Q: You are incredibly resilient given your stomach cancer diagnosis and all the challenges you’ve had in the last few years. What gives you hope?

A: It’s a constant up-and-down cycle. What has helped me a lot is unwavering support from family, friends, and the stomach cancer community. At the start of this, we were in the thick of the COVID pandemic, so I had to face treatments and appointments alone. But my husband was always in the background cheering me on and supporting me. I’ve learned so much from various groups and foundations that I’ve reached out to, and I’m thankful for the awareness that’s being raised around this diagnosis.

Personally, I’m excited about my plans for the future, such as planning our 10th wedding anniversary trip to Hawaii and scheduling a trip to Disney World next year. I can’t wait to make more special memories with my son and husband.