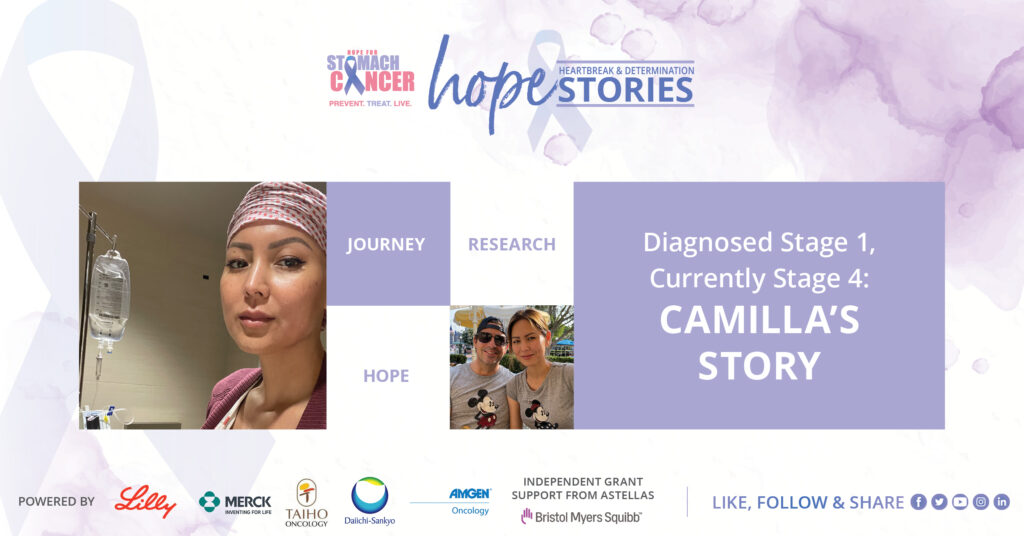 Camilla is a young mom and wife who was originally diagnosed with stage one stomach cancer in 2018. She had a stomach cancer reoccurrence in 2022 and now has a stage four diagnosis. This is her inspiring story of perseverance.

Getting My Stomach Cancer Diagnosis

In my late 30s, I began having frequent and persistent heartburn. I was active, healthy, and careful about what I ate, so this was highly unusual. I went to my doctor multiple times, and while they prescribed various treatments and conducted multiple tests, it took 2.5 years to get an endoscopy.

After the first endoscopy, the doctor said that he had concerns about the results. He ordered a follow-up endoscopy right away. The second procedure revealed that I had stomach cancer. At the time, I was in stage one. I was 39 years old and had two young kids when I received this devastating diagnosis. 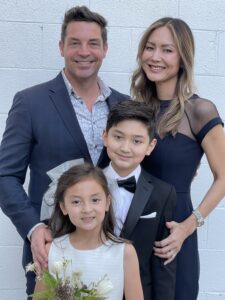 I spent eight years as a clinical psychologist, so I have a lot of experience reading and interpreting studies and resources from pharmaceutical companies. This skill came in handy as I dove into the research regarding stomach cancer. I wanted to understand what I was facing so that I’d have the best chance of a positive outcome.

I had surgery to remove my stomach, and because they found two positive lymph nodes, I did eight rounds of FOLFOX . Shortly after there after, I was declared NED (no evidence of disease) and felt relieved knowing that I’d beat cancer.

My particular form of stomach cancer is poorly differentiated. This means that instead of having obvious tumors with precise borders, I have scattered, nebulous growths that are hard to pinpoint. The tumors are like sand scattered on the floor; they aren’t easy to contain.

Therefore, I needed to monitor my condition carefully to ensure that the cancer wouldn’t come back. We watched carefully for circulating tumor DNA (ctDNA), which is a reliable indicator of potential tumor growth. Repeatedly, my tests came back negative, which was a good sign that the cancer wasn’t coming back. However, in July 2021, we saw the first signs that new growths were forming. 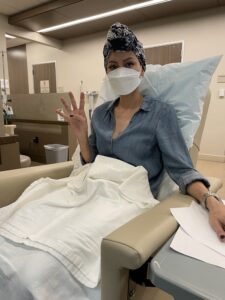 I learned that I had Krukenberg tumors on my ovaries in February of 2022. Doctors explained to me that it’s common for young women with stomach cancer to have growths that originate in the stomach and spread through the lymphatic channels to the ovaries.

I had an emergency survey to remove my ovaries and fallopian tubes. Following this, I started on FLOT – the most aggressive form of chemotherapy for stomach cancer – right away. I also began taking Opdivo for immunotherapy.

Thankfully, I’m healthy and strong, so I’ve felt confident about trying various treatments – even ones that oncologists are skeptical about. I pushed for a HIPEC procedure where chemotherapy drugs are injected into the abdomen, circulated for two hours, and then sucked out. I received pushback since it’s a new and somewhat controversial therapy. However, I moved forward with it since I feel I have nothing to lose at this point.

Hope for the Future

I’ve always been a fact-driven person, so I’m motivated to research stomach cancer even though I might not always like what I find. I feel hopeful that with advancements in technology and awareness, new treatments are right around the corner for this aggressive type of cancer.

Personally, I try to live my life to the fullest. People don’t need to think that someone with stomach cancer can’t live a vibrant and productive life.