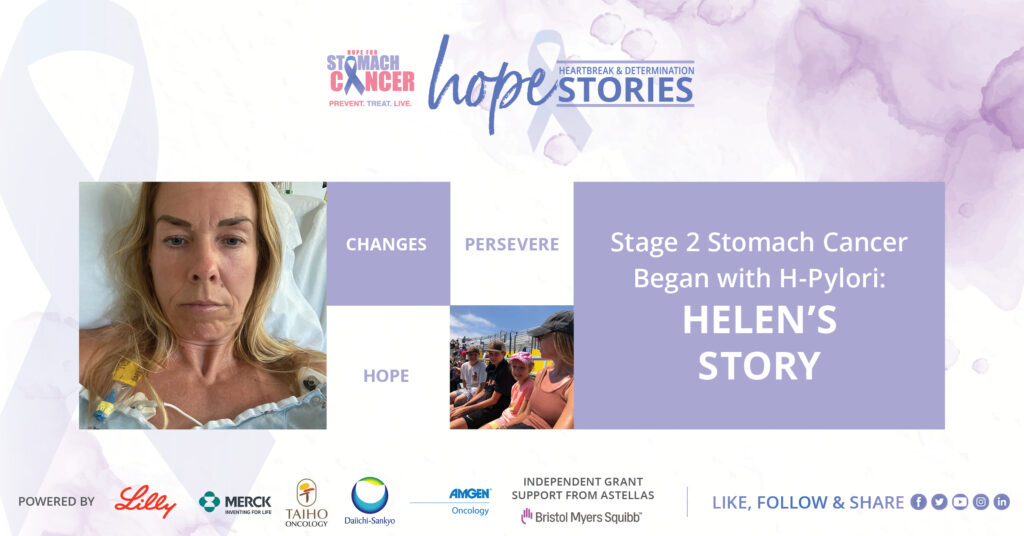 Helen Shipstad is a stage two gastric cancer survivor from Derbyshire, England, who is now living in Southern California. Diagnosed in 2021 after an H.pylori infection nine years prior, this is her story of hope. 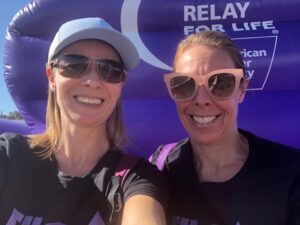 Nine years ago, I saw a doctor for stomach problems who diagnosed me with an H.pylori infection. At the time, the doctor mentioned that it was good we’d caught the infection since H.pylori is a risk factor for stomach cancer. So, I had this in mind when I started feeling ill again in February 2021. I had heartburn, burning my stomach, and general discomfort.

I took over-the-counter medications at first, but these weren’t strong enough to combat my symptoms. So I met with a GI doctor, and upon hearing about my medical history, she recommended an endoscopy. I went into the procedure convinced that I had an ulcer.

When I woke up, the doctor told me that I indeed had a big ulcer. However, she recommended a CT scan just to make sure there wasn’t anything further to worry about. This scan revealed that I had gastric cancer. I was at stage two.

The doctor recommended that I have six rounds of chemotherapy, which would be two weeks apart for six months. Then, I would have a partial gastrectomy. The surgery went well, and the pathology following it showed that my tumor had shrunk and I was stage one. So the chemotherapy helped significantly. 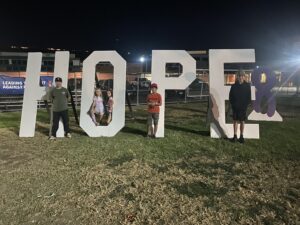 Advice and Hope for the Future

Looking back, it was valuable for me to know about the gastric cancer risk after I had an H.pylori infection. My oncologist said that she was able to make her diagnosis based on knowing my medical history. Therefore, I’d advise people to be aware of their medical history and to share it with providers so that they have the information they need to make a diagnosis.

I’m very proactive about monitoring my gastric cancer. I have scans every three months to see if there’s spreading, and I have an annual endoscopy which I try to have done every nine months so that I don’t have to wait a whole year between tests. Further, I meet with my GI doctor, oncologist, and surgeon regularly.

Moving forward, I hope we can have increased awareness about gastric cancer. I want doctors to take symptoms seriously and to not write patients off for being too young or for not fitting a specific profile. Oftentimes, people don’t know that they have gastric cancer until it’s too late – what would have happened if I’d waited another year? I’m thankful we caught it when we did.