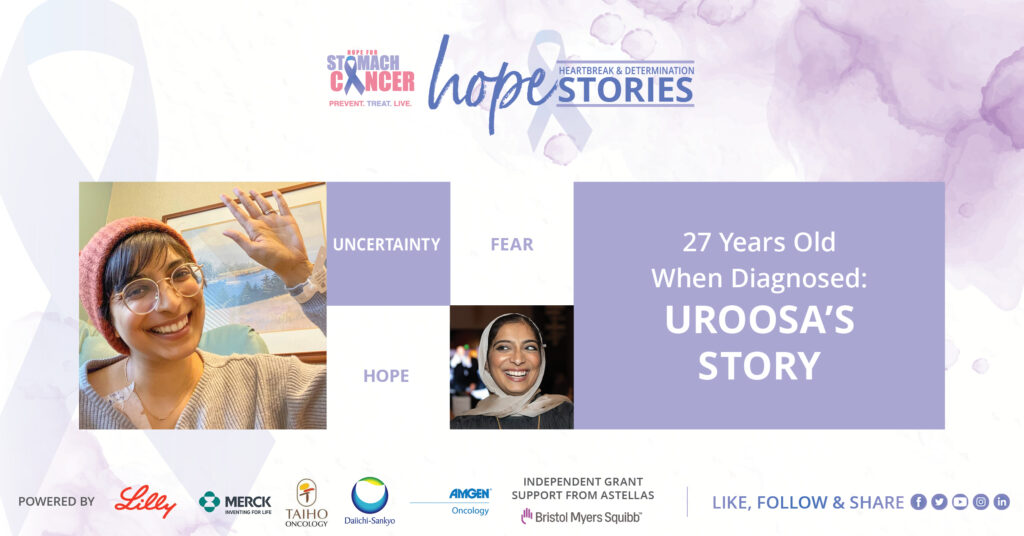 Uroosa was 27 years old when she received her stage 4 stomach cancer diagnosis after years of complications and a serious misdiagnosis. This is her story of finding strength, hope, and health through a major surgery, challenging chemotherapy, and immunotherapy. 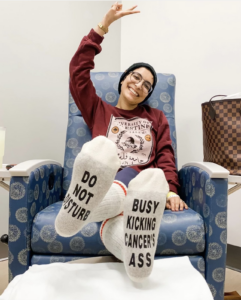 It took me a very long time to get a diagnosis. From roughly September 2019 to September 2020, I was in and out of doctor’s offices with a range of debilitating symptoms, including constant nausea, trouble eating, frequent fatigue, and generally feeling unwell.

Sadly, I wasn’t taken seriously during many of these visits, and many providers didn’t have the knowledge or background to determine what was happening inside my body. I visited the ER in March of 2020 at the outset of the COVID pandemic, and it was an unpleasant and lonely experience.

In total, I had three endoscopies and a colonoscopy that didn’t reveal anything substantial. Finally, my doctors had a breakthrough and were able to give me a diagnosis: cancer of the duodenum. The duodenum is the upper part of the small intestine that connects to the stomach. Its job is to soak up nutrients, like vitamins, minerals, proteins, fats, and carbohydrates, so that the body can utilize them properly.

Doctors determined that I had a 3-4 centimeter growth on my duodenum and that the cancer was either stage one or two. They prescribed surgery as my treatment plan. However, they were surprised by what they found once the surgery began.

It turns out that I actually had stage 4 stomach cancer that had metastasized to my duodenum, pancreas, and several other areas. Ultimately, they had to surgically remove 80 percent of my stomach (a partial gastrectomy), 30 percent of my pancreas, my duodenum, gallbladder, and bile ducts. They found cancer in my lymph nodes as well. In reality, I had late-stage cancer – it was much more serious and aggressive than my providers had originally thought. 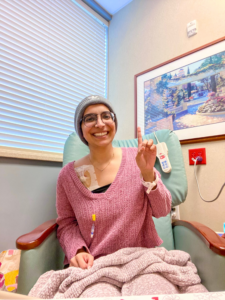 As I lived my new reality, I understood that I had a life-threatening condition, but I didn’t feel like I was dying. However, that changed when I began chemotherapy. My body did not respond well to these treatments.

My doctor had recommended that I complete 12 rounds of chemo, but I finished five rounds and had complications after each one. I had to visit the ER after every round due to fainting, seizures, and other serious problems.

Later, I went to MD Anderson, and they advised me to stop the chemo sessions. Their testing indicated that I’d be a good fit for immunotherapy. I was excited by the prospect of treatments other than chemotherapy. However, my excitement quickly turned to concern once I learned about the cost of the immunotherapy – it was $10,000 per month for the treatments.

Unfortunately, I had to battle with my insurance company in an effort to get them to cover the immunotherapy for my stage 4 stomach cancer. I went without any treatments from January to March, and at times I felt like I was pitching the insurance company on why my life was worth saving. It was an awful experience. 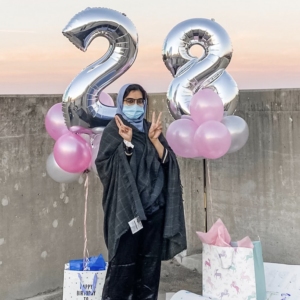 After months of back and forth with my insurance company, I knew I had to turn elsewhere for help. I discovered that the immunotherapy manufacturer had a patient assistance program to help offset the cost of the treatments for those who couldn’t get help from insurance. I applied, and thankfully, they accepted me. The immunotherapy treatments have literally saved my life, and I’m still taking them to this day.

I had many frustrating missteps on my path to getting a stage 4 stomach cancer diagnosis. Of course, it was challenging to be left without answers for so long and then to be given the wrong answer at first.

I’ve learned during this process that you need to educate yourself and advocate for your needs, and that it’s wise to seek out support early and often. There are many groups out there that are eager to support and help you if you seek them out. I am extremely grateful to be alive despite my late-stage diagnosis and all the challenges I faced along the way.