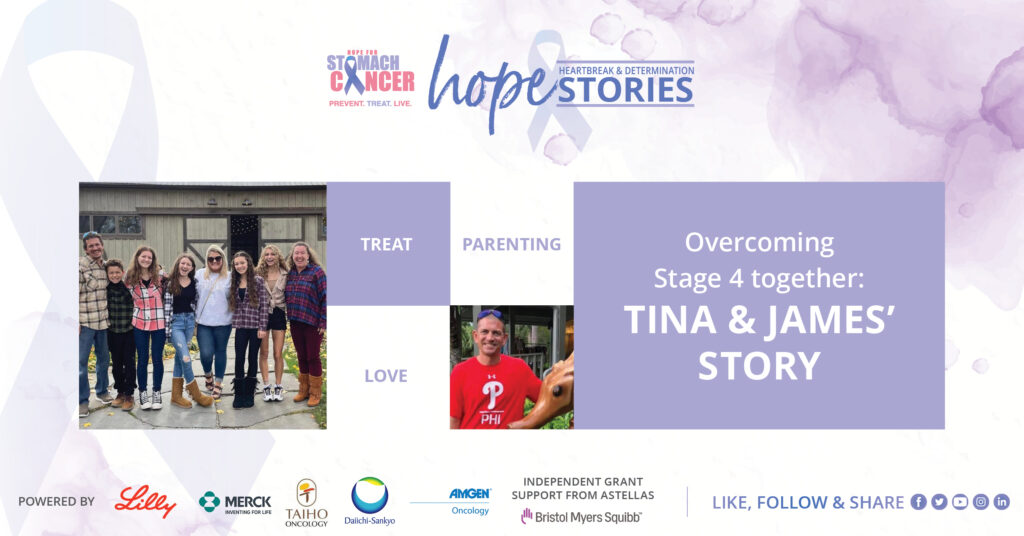 Hope for Stomach Cancer recently sat down with Tina and James Will. James received a stage four stomach cancer diagnosis as a father of five children under the age of 10. This is his story of hope, persistence, and recovery. 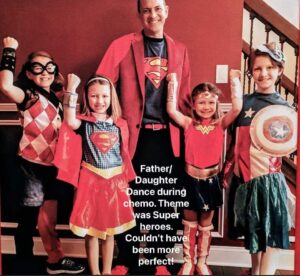 I was diagnosed with stomach cancer in 2016. My problems started with discomfort in my chest. Initially, I wondered if I was having heart issues because of the location of the aches. I went to the emergency room where they performed an EKG.

Next, they took a stool sample for a different test, and the doctor noted that there was blood in the sample. He asked if my bowel movements were black and sticky – a common stomach cancer symptom – and I said yes. So, he recommended that I have an endoscopy to investigate my symptoms further.

The endoscopy revealed that I had stomach cancer. Further, the cancer had spread into my lymph nodes, so I was in stage four. I was shocked by the news – the doctor told me I’d be lucky to live six months. This devastated me since I had five children under the age of 10.

Further, because of my late-stage cancer, doctors initially told me that I wouldn’t be a candidate for surgery. They started me on chemotherapy and radiation treatments. After multiple rounds of this, we were thrilled to learn that the tumors had shrunk significantly. I met with three surgeons and found one who felt I’d be a good candidate for a total gastrectomy. They completed my stomach removal at a major hospital in Philadelphia. 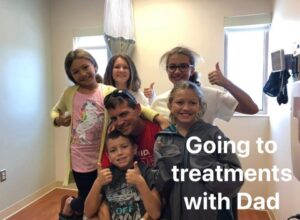 I had to endure more chemo treatments after the gastrectomy. Every treatment was tough, and there were times where I felt like giving up. However, I knew that I had to keep fighting for my wife and kids.

Incredibly, I was declared NED (no evidence of disease) shortly after my gastrectomy and final chemotherapy treatments. I was elated by the news, and thrilled that I’d get to keep watching my young children grow up. 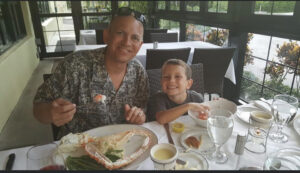 Tina supported me immensely throughout the process, and she is grateful for all the help she received from support groups following my gastrectomy. These groups are invaluable for sharing information and helping patients as well as caregivers.

Hope for the Future

Stomach cancer has been incredibly challenging in many ways, but our family has grown closer as a result. We had a life-long dream to relocate to Florida. Originally, we were going to do this after the kids grew up, but we left for Florida as soon as we could after beating stomach cancer. We learned that we need to live our lives the way we want now instead of waiting for a future that’s never guaranteed.

We also believe in the power of hope and positivity. You simply have to keep a positive mindset during this journey, even if things seem bleak.