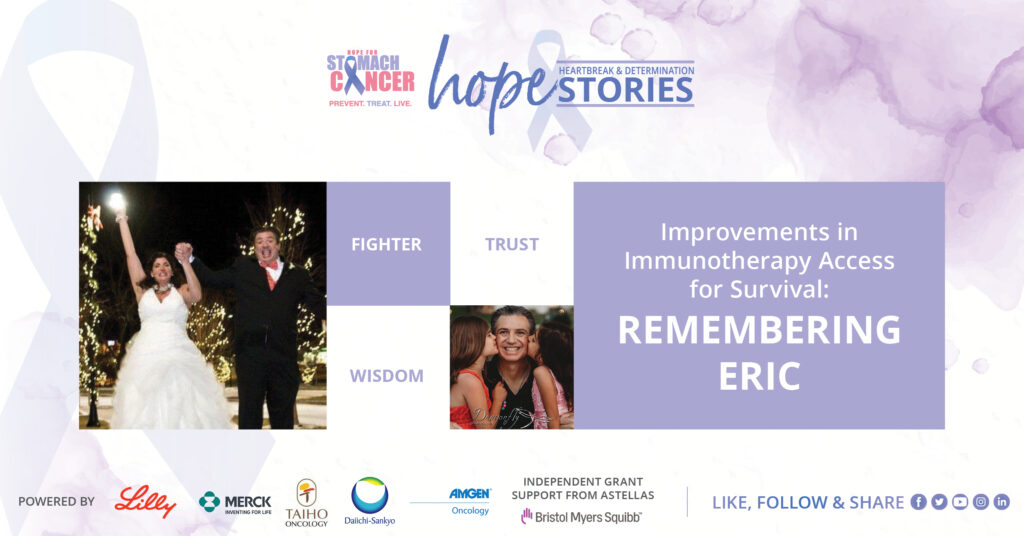 Eric Schumaker passed away in September 2020 after a months-long battle with stomach cancer. He was only 47 years old. His family recounts his powerful experience as they navigated his care through COVID19 restrictions.

Eric received his stomach cancer diagnosis on May 2, 2020. He’d had stomach pains for a while and figured that he had a kidney stone. He kept the pains at bay with Altoids, TUMs, and ibuprofen, but those things could only take him so far.

He finally got his diagnosis in the middle of the night at the ER. He had stage 4 stomach cancer that spread to the liver.

He had three rounds of chemotherapy but we stopped after he had an anaphylactic reaction. Eric had other complications, like a collapsed bile duct. He got a stent to address this problem. After the chemo, we did another scan and discovered that his tumors had doubled in size. This was devastating news.

Since chemotherapy wasn’t working, we turned our attention to immunotherapy. However, we needed to get Eric’s hemoglobin levels down in order to participate. It was a challenging and drawn-out process. Trying to treat his stomach cancer felt like playing whack-a-mole: every time we’d clear one hurdle, another would pop up. 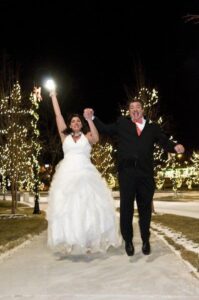 He couldn’t get into the trials, and we were increasingly frustrated with the challenges of facing stomach cancer during the COVID pandemic. Eric celebrated Father’s Day and his birthday alone in the hospital since we weren’t allowed in. At one point, they wanted to put mesh in his carotid artery to stop blood clots. The hospital called for me to give informed consent, and I told them I couldn’t give it over the phone.  It didn’t seem right that we had to make these major decisions about Eric’s treatment while being apart. The hospital gave me  45 minutes to be with him.

Eventually, Eric came home, but he struggled. He was jaundiced and struggling with a variety of problems. At one point, when his condition was extremely bad, he said that I needed to take him to the ER – he told me he couldn’t bear the thought of dying at home in front of his girls.

At the hospital, I let him out of the car since I couldn’t come inside. They called later to make hospice arrangements. It was clear at this point that Eric was nearing the end of his stomach cancer journey.

After he passed, we held a funeral for him in the stadium. The girls wore Husker colors and dressed up like cheerleaders – we knew Eric wanted to have a celebration, not a sad, melancholy funeral.

Hope & Advice For Others

We think about Eric frequently and miss him very much. My hope is that in the future, if someone has stage four cancer, their treatment plan will be immunotherapy by default. Three different oncologists told us that Eric needed immunotherapy, but our hands were tied since insurance wouldn’t cover it. I’d like to see this change in the future.