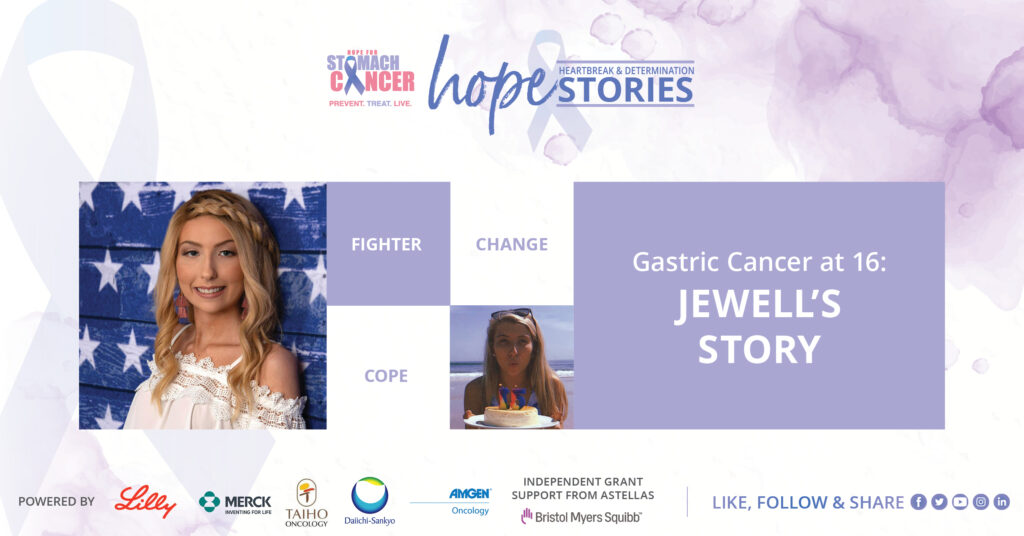 Jewell Sweat passed away from gastric cancer at the end of 2020, just 10 months after learning she had advanced cancer. Her mother June recounts the challenges she faced as a pediatric patient with a rare diagnosis. 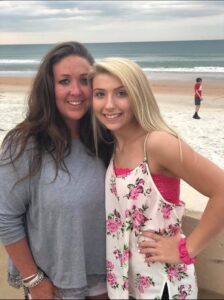 My daughter Jewell started having stomach problems in February of 2020. She was a super athletic girl: she participated in three cheer teams and was always on-the-go. When she began having discomfort, we chalked it up to stress and a poor diet.

However, her problems worsened. The day before she entered the ER, she was coaching a cheer team and shopping for her prom dress. The next thing we knew, she was in the hospital with severe stomach problems.

From the get-go, there were many well-meaning providers and caregivers who wanted to help – but we were struggling to find answers. Gastric cancer is rare as-is, but it’s exceedingly rare in children. Pediatric and adult specialists evaluated, tested, and scanned her thoroughly, but it took some time to get her gastric cancer diagnosis. Meanwhile, she celebrated her 17th birthday in the hospital in March.

Once the doctors determined that she had gastric cancer, they scrambled to find answers for her treatment. They weren’t sure what type of chemo would be best for her or which surgeries would be necessary given her age and condition. 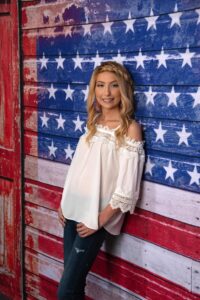 Initially, Jewell had FLOT treatments, which did help. They got her to a point where scans showed she was NED – No Evidence of Disease- this was fantastic news. The next step involved going to NIH in Maryland for her total gastrectomy.

We traveled, prepared for surgery, and did all that we could to prep ourselves for her needs following the procedure. However, after the surgeon began, they found more cancer. Essentially, her NED was inaccurate – they were not able to proceed with the total gastrectomy.

At this point, we turned our attention to other options for treatment. Unfortunately, we hit roadblocks because of Jewell’s age. So many well-meaning providers wanted to help her, but their hands were tied since she was technically underage for participating in clinical trials and other experimental treatments. Even big-name hospitals and top-tier doctors were limited in what they could offer.

Meanwhile, Jewell was getting worse. She was doing palliative chemotherapy and we had hospice help for a few months. She passed away in December 2020 after courageously battling gastric cancer for nearly a year. 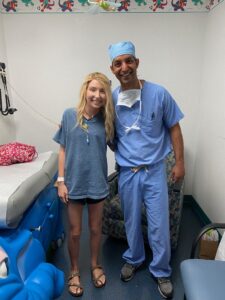 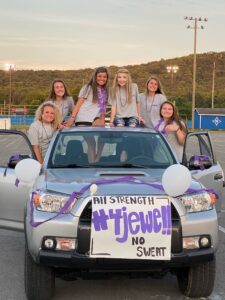 A Need for Change

I watched her fight so hard as a teenager – this entire experience highlighted the extreme need for change surrounding pediatric cancer. It was hard if not impossible to get into clinical trials and to get specialized care because of all the red tape. There are many amazing oncologists out there, but it’s devastating when they can’t properly treat your child because of flaws in the system. Rare cancers call for exceptions and major changes so that patients can get proper treatment.

Advice & Hope for the Future

Of course, I miss Jewell every day and wish she was with us. I’ve learned through this experience that you can’t just take what doctors say at face value whether you’re 70 or 17. Patients need to listen to their bodies and push hard for adequate testing and scans. Gastric cancer patients should always advocate for themselves at each step of the way as well.

My main hope is that we get awareness specifically for pediatrics. So when someone is thrown into this situation, they aren’t torn between being a caregiver and having to research treatment options. I hope that there is easier access because I spent so much time researching and didn’t sleep much.

I watched Jewell fight gastric cancer for so long and so hard. These kids are more resilient than what you can possibly believe.