Thank you, Anne Ha  from Fairless, PA for sharing your story:

How old were you when you were diagnosed? 27

How were you diagnosed? By accident….

In Feb of 2014 I had terrible heartburn that kept me up and in tears for 3 straight nights. I went to my family doctor with my mother. The doctor gave me antacid and pain medication.

Then one day in June, I was feeling very fatigued and had tar-like stool. While waiting in the waiting room at the doctor’s office, I passed out and was rushed to the hospital. I was given an endoscopy, which discovered 3 bleeding ulcers caused by h. Pylori. I was given antibiotics and a follow-up endoscopy 3 months later.

I wasn’t planning to go to the follow-up but my family convinced me otherwise. Thank goodness I listened to them because the GI told me the biopsy came back positive for cancer.

Much later on, my oncologist told me that the reason I had internal bleeding was because the pain medication that the doc had prescribed me was too strong; it was actually meant for my mother for her arthritis.

What is your treatment? I had half of my stomach surgically removed, followed by 26 consecutive weeks of chemotherapy. In addition to weekly F5U treatments, I received oxiliplaintin every other week.

What is your hope? Or what do you want to share with others? I really wish that GIs and insurance companies would listen to the patients and be less restrictive about administering endoscopies. Over and over again, I hear how young people’s complaints aren’t taken seriously and are denied scopes because they’re “too young.” I hope that lawmakers in this country help its citizens get access to affordable health care.

Surviving cancer doesn’t mean the fight is over. I may be cancer-free but I will never be free from the effects of cancer or its treatments. I still have scars that remind me of what I went through. I still can’t eat or drink some of the things I used to enjoy. I still suffer from neuropathy. I still see my oncologist regularly. I am still sharing my story to help others.

When my husband and I decided to grow our family, we, along with my doctors, had no idea how much chemotherapy impacted my body. I wish I had the option to preserve my eggs before I started treatments. But I have heard testimonies from other survivors about easily having children, so I was hopeful. However, growing our family has been a long and difficult journey. After 5 years, 8 IUIs, 2 egg retrievals, and 1 embryo transfer, we are expecting our first child!

I see my oncologist much more often now. Pregnant women are expected to eat more, but my half-stomach is still consuming the same amount. So while the baby has all the nutrients she needs, I require supplements, which can be in the form of pills, shots or IV infusions.

Going up against cancer isn’t a fair fight, and no one should have to go through it alone. I don’t know what the future holds, but I do know that I am staying in the ring to continue to fight for me, for my daughter, for everyone. 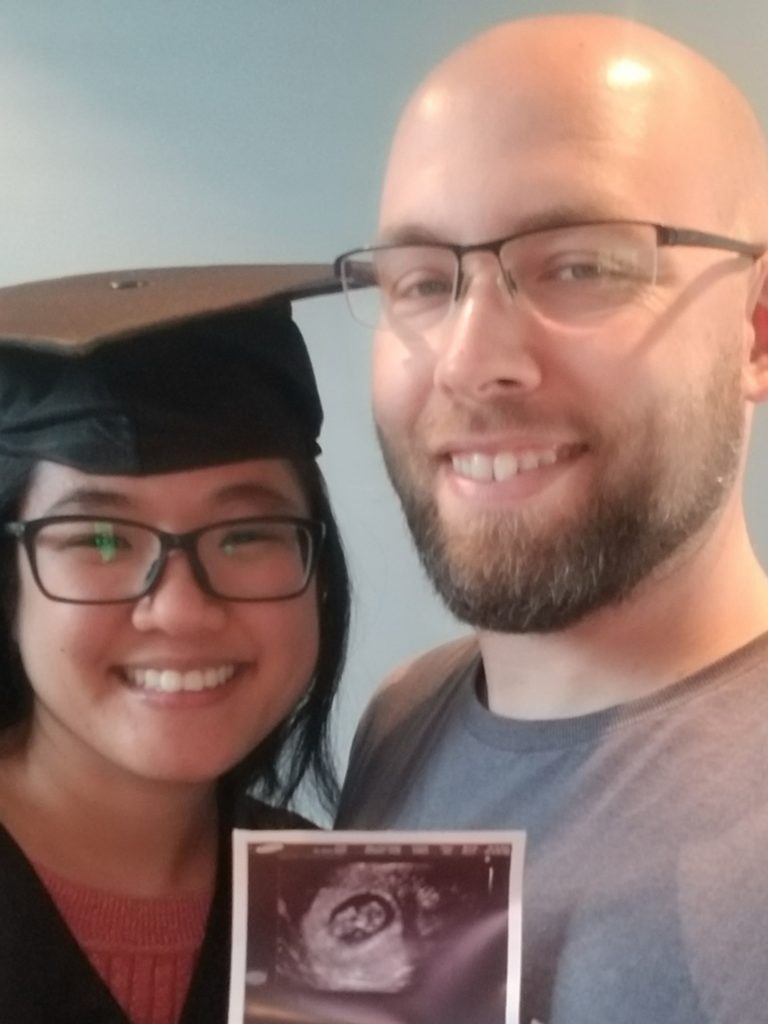