In Memory of Branny, who passed away on September 16, 2019, at 37 years old.  She was an active volunteer for Hope For Stomach Cancer,  and even ran a 5k despite being so sick. 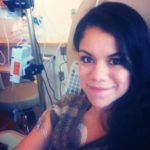 How old was Branny when she was diagnosed?  31

How was Branny diagnosed?

Branny was a young mother and a nursing student.  Like all young mothers and nursing students, she was tired.  After several attempts to find out what was causing fatigue, headaches and stomach pain the doctor determined she needed a blood transfusion.  She had an unknown ulcer at the time and the blood transfusion caused her to need an ambulance due to the acute problems it created.

After the ER trip she was diagnosed with H.Pylori.  She knew that an ulcer could cause cancer, but the doctors told her she was too young.  She pushed and pushed to get screened for GI Cancer, but eventually had to exaggerate so that the doctors would be forced to test her.  Once they did, they found Stage 3B stomach cancer.

What was her treatment?

She had partial TG followed by 5FU and radiation in 2013.  After her recurrence, in 2017 she had HIPEC and 5FU again.

What is your hope for others?

My hope for others is prevention and awareness.  Early intervention can save people.

Do you want to update us on how you are doing and coping?

The boys and I were blessed to have the support of lots of family and friends during the transition.  The Stomach Cancer community, the community of Pacific Grove, and even complete strangers stepped in to make sure we had support in every way possible.  Branny and I gave it everything we had for over 6 years.  Grief is hard, but the time we had and knowing that we tried everything helped us work through it before she passed.  The boys are doing well considering what has happened.  I can never fix what has happened, but I do get to see them smile more and more every day.

The boys and I have all the things that Branny wanted for us.  Had she asked me to make our current situation a reality before she passed, I would have thought it a stretch to honestly agree to.  I would have told her I would do my best, but that I couldn’t promise anything.

Or just share that you plan to continue her legacy and to pursue your passion on h. Pylori.  We plan to raise awareness of H.Pylori as the bacteria that causes Stomach cancer.  Specifically, we hope to focus on demographics where it is increasing (e.g. 19 – 45 age range, and veteran populations) 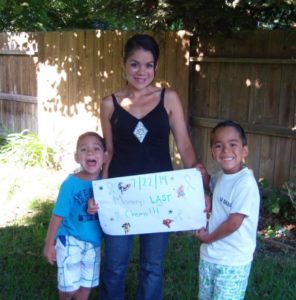 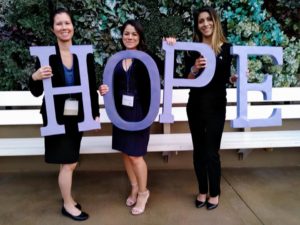 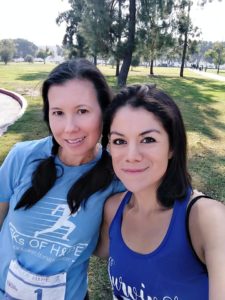 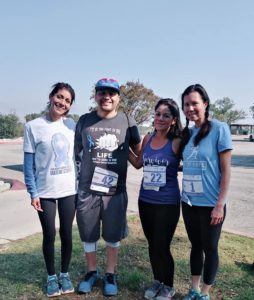